FREE Shipping on all orders! 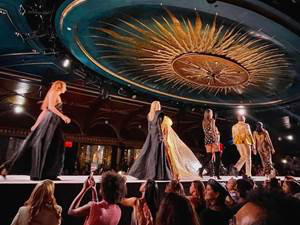 Runway 7 will be presenting a full lineup of runway shows for the Fall / Winter 2022 season during New York Fashion Week, on February 10th and 11th, 2022. 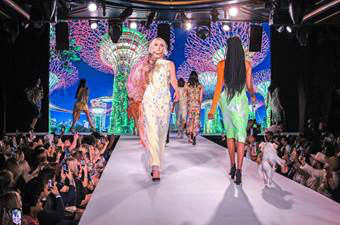 The only hybrid platform of its kind, Runway 7 is an expansive style marketplace for both renowned brands and independent designers. Highlights of Runway 7 at NYFW include the debut of the inaugural collection from Bartschland, the new fashion brand from nightlife impresario and fashion icon Susanne Bartsch and the debut of the first collection by Chloe Pearl Lingerie, whose designer, 17-year-old fashion influencer and xennial Chloe Pearl will make history as the youngest designer to show at NYFW.

For the second NYFW season in a row, Runway 7 will be held at Sony Hall at 235 W 46th Street, near the Paramount Hotel. Presenting brands include Gaucho Buenos Aires, the luxury ready-to-wear brand for men and women known for their quality leathers, Peach & Penny, CHICK, Trans Clothing Company, and Potro, the menswear brand from acclaimed fashion journalist Joseph DeAcetis. Kino Swim, Forever Lavi, Burning Guitars, and Hattie & George, and Dancing with the Stars alum Nicole Volynets will also be showing not to miss collections on the stages at Runway 7 at NYFW.

On February 10, in partnership with SohoMuse, Runway 7 will be hosting and producing a live runway competition called Runway Muse featuring two looks each from a curated selection of graduating fashion design students. Hosted by Billboard recording artist Consuelo Vanderbilt Costin, an iconic panel of judges including Paper Magazine editor-at-large Mickey Boardman, Forbes contributor Joseph DeAcetis, fashion business coach Elliot Carlyle, and CFDA member and renowned designer Naeem Khan will be in attendance to judge the competition. The show will be both live-streamed and showcased in front of a live audience of fashion insiders, influencers, press and buyers. The first prize winner as well as the second and third runners up will be awarded with the exclusive opportunity to showcase their own original collections during the September 2022 Runway 7 NYFW event as well as a direct-to-consumer e-boutique for a period of one year for additional consumer sales and online exposure.